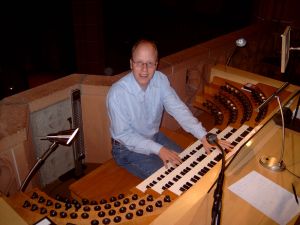 Gerben Mourik completed both undergraduate and postgraduate organ and improvisation studies at the Brabant Conservatory in Tilburg, where his teachers were Bram Beekman and Henco de Berg. Subsequently, he completed his church music diploma at the Conservatory in Utrecht and is currently studying school music at the Royal Conservatory in The Hague.  He has also undertaken private study with Ansgar Wallenhorst, Naji Hakim and Ben van Oosten and participated in improvisation courses with Thierry Escaich and Loïc Maillé. Since 2006, he has been organist of the Grote of St Michaelskerk in Oudewater.

Mourik’s internationally acclaimed CD series ‘Audite Nova’ profiled 10 neo-baroque organs (built between 1950 and 1975) on five CDs, by means of a broad selection of 20th century music and improvisations.  In 2021, his 25th anniversary as an organist was marked by the release of a CD recorded in the Domkerk in Utrecht; a recording which was awarded five stars in the British journal Choir & Organ. The CD features music by, among others, Duruflé, Escaich, Pepping and Damjakob. In the same year a further release featuring concert improvisations recorded in the church of St Eustache in Paris was awarded five stars on orgelnieuws.nl

Together with colleagues Jaco van den Berg and Aldert van Hoornaar, Gerben Mourik is responsible for a website in memory of the well-known Dutch organist, Jan Bonefaas, who for many years presided over the great Bätz-Witte organ in Gorinchem. The website includes documentation, images and recordings and can be visited at www.janbonefaas.nl

Gerben Mourik also writes extensively about the interpretation of the music associated with the so-called ‘Orgelbewegung’. In 2020, an article about H.F. Micheelsen was published by Choir & Organ in London. Since 2016, he has also been part of the editorial team for the church music magazine Laetare.

In 2017, together with recorder player Magda de Jong, Gerben Mourik founded ‘Musica Miniatura’ to perform concerts for children, and concerts in locations with no resident keyboard instruments. In the same year, he was appointed house organist and Artistic Director of ‘de Stad Klundert’, a multi-purpose venue housed in a former Catholic Church. Here, he is responsible for promoting the two organs, by Marcussen (28 stops) and Vermeulen (42 stops) in concerts, workshops and open days, as well as during talks, weddings and funerals…
The concert series in Klundert offers a broad variety of other genres, including chamber music, jazz, world music and combinations of music with dance and visual art.

For more information, please visit Gerben at www.gerbenmourik.nl or at his YouTube channel. 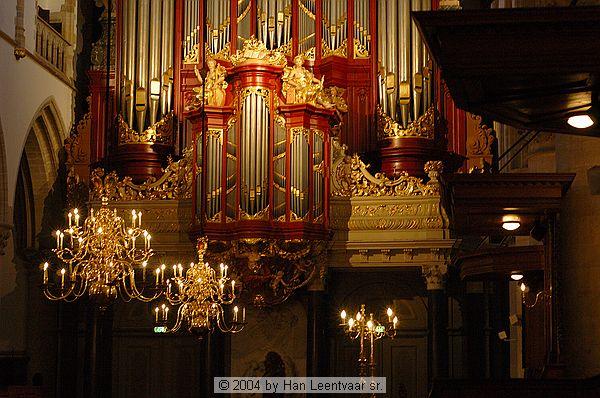